History
La Vele was originally built by a wealthy landowner as a very large limestone barn to service the massive estate. 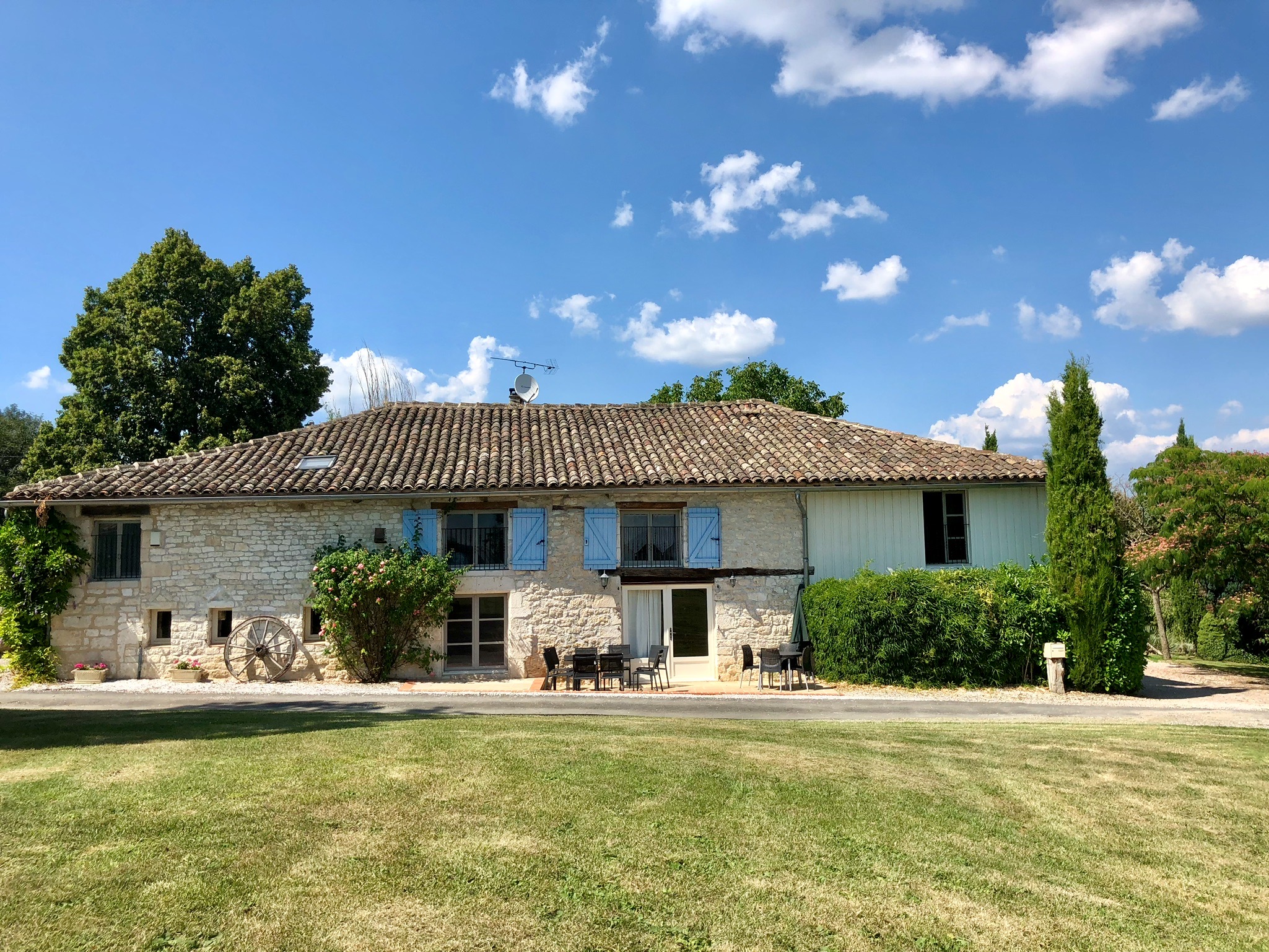 Built 200 years ago, until the early 90’s La Vele was semi-derelict and used to stable the local farmer’s horses, the refurbishment only starting in 1992/3. Adding a gite was only the germ of an idea until 2000, but two years and much work later the idea became a reality. Full conversion has been completed gradually to a high quality now well appreciated by visitors, for both the old and the new – original beams and Wi-Fi!!

The spacious and fully equipped gite was let commercially for the first time in 2002. Since then, during each closed season, work continues to make La Vele even more attractive to visitors, with its pigeonnier, large and secure pool, gardens and pool abri.